If you serve web fonts via URL, the browser makes a separate request for every web font.

This is what the timeline looks like for a URL referenced font: 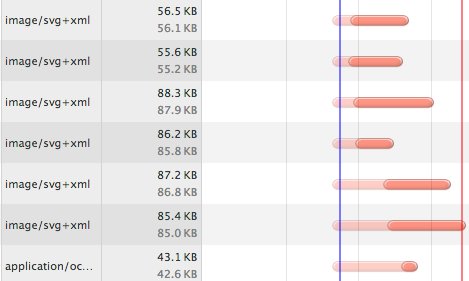 Fonts included from stylesheets cause extra requests that only starts once the DOM has loaded. This causes a delay and flash of missing text or a font change flash while the fonts are loading.

However, you can avoid extra requests and rendering issues if you inline the fonts as data-uris.

Inline web fonts with this script:

The script outputs CSS with all the url values inlined in data-uris, woff format. You can now deliver the fonts and CSS together in 1 request and the rendering is perfect, no more or font change.

Most individual font sizes are in 10 - 20 KB range; if you only use a few font files this could easily cut down initial load times by 5-20%. Measure with any client-side monitoring tool to find out (it is best if your tool shows the distribution, and not just the average).

This is what the timeline looks like once the fonts are inlined: 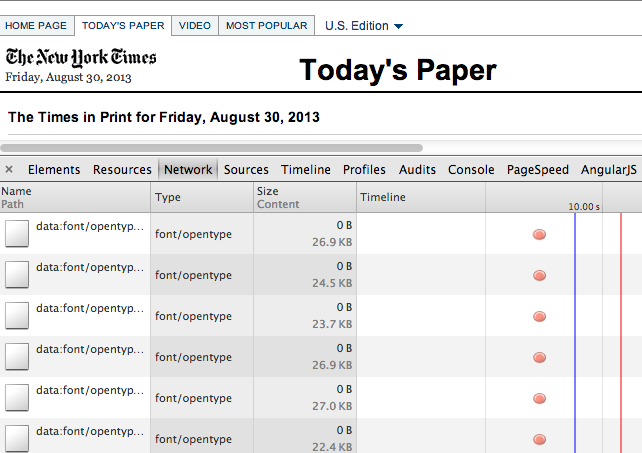 When inlined, all the fonts are finished downloading before DOMContentReady fires.

Alternatively, you could try using Google Page Speed Module, which may intellegently apply this and other optimizations, but has it's own drawbacks. SPDY should already be on for both timelines.

Manage translation and localization with static analysis, for Ruby i18n.

ActiveRecord ORM extension to find next or previous records relative to the current one efficiently.